Dealer Craig Hammersmith’S LoneStar® packs plenty of giddy up for his show horses.

Horse lover Craig Hammersmith first encountered the majesty of the Belgian breed in 1978 when he hired a team to haul spruce and pine for his Vermont logging business. Ten years later he took to a different sort of horsepower, venturing back to his native Ohio to purchase Defiance Truck Sales, the International dealership founded by his parents. But the now 61-year-old couldn’t stray from his memory of the chestnut-colored beauties for long. He was soon raising his own Belgians—as many as 45 at a time—and selling them as workhorses to the local Amish community.


Hammersmith previously used his International® 9900 to transport his horses to shows. Since then, he’s used a 2010 LoneStar®, pulling them in a custom 53-foot draft trailer crafted in his own shop. The truck commands as much attention as his prized ponies.

“We’re showing horses, and we’re also showing [off] trucks,” he says. “We’re making a statement from one end to the other.” 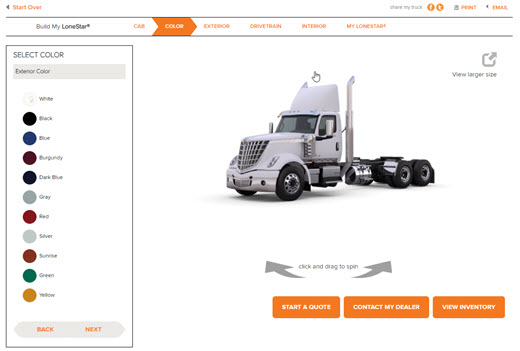